Housing emerges as top issue at meeting in Worthington 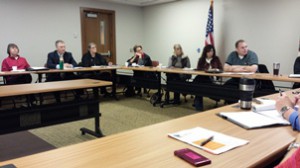 Housing appeared to be the most pressing issue affecting economic development in southwestern Minnesota, according to the consensus of the 30-plus attendees at the Greater Minnesota Partnership’s regional meeting in Worthington on Nov.1. Many of the meeting participants expressed frustration at the lack of housing available for families and the difficulty in attracting developers to build in their communities.

Following housing, the Worthington crowd noted that workforce/job skills training, infrastructure needs and regulatory issues were the other issues that presented the greatest challenge to economic development in their area.

For more information about the Nov. 1 meeting and the wide-range of issues that were discussed, read the meeting coverage from the Worthington Daily Globe here.