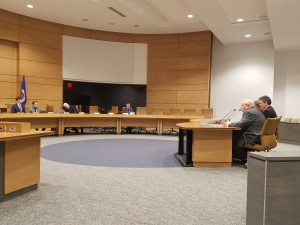 Owatonna Mayor Tom Kuntz, who also serves on the CGMC board, testified in support of the bill, and specifically about the need to restore funding for MIF and the Job Creation Fund. These economic development tools help rural Minnesota communities be more competitive.

Committee members questioned a provision in the bill to direct at least 75 percent of Job Creation Fund funding to Greater Minnesota. From July 2013 through September 2016, 65 percent of awards went to businesses in the metro area. The GMNP believes that a requirement directing a specified percentage to Greater Minnesota is needed to bring balance to this program.