For Immediate Release, Aug. 23, 2017
(
A PDF version of this press release is available here.) 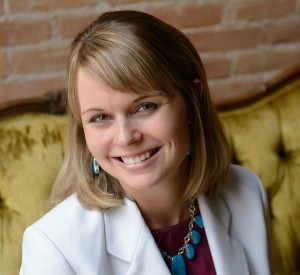 ST. PAUL—Nicole Griensewic Mickelson, executive director of Region Nine Development Commission, was elected to serve as president of the Greater Minnesota Partnership (GMNP) at the organization’s annual meeting in Fergus Falls. As president, she will help direct efforts to inform state legislators on issues that are important to economic development in Greater Minnesota, such as workforce housing, job skills training, broadband expansion, infrastructure needs and environmental regulations.

“Nicole is the ideal person to lead the GMNP as we strive to advance our goals at the Legislature and recruit new members,” said Dan Dorman, executive director of the GMNP. “As an active member of our Board of Directors for several years, she has proven that she has the knowledge and determination to deal with challenges and come up with solutions to help spur economic growth in Greater Minnesota.”

Griensewic Mickelson has served as executive director of Region Nine, which serves nine counties in south central Minnesota, since 2012. Her passion for public service is reflected in Region Nine’s accomplishments, including national innovation awards for transportation projects, communication and marketing, and flood mitigation. Her responsibilities include overall administration, planning, organization, direction and control of Region Nine’s programs and services.

“I feel honored to have been elected to serve in this position,” said Griensewic Mickelson. “Through this opportunity, it is my goal to ensure the unique challenges and successes of Greater Minnesota are heard at the Legislature. Collaboration throughout Minnesota will lead to greater economic prosperity for us all.”