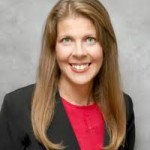 ST. PAUL—Heidi Omerza, a member of the Ely City Council, was elected to serve as president of the Greater Minnesota Partnership (GMNP) at the organization’s annual meeting on July 25. As president, she will help direct efforts to inform state legislators on issues that are important to economic development in Greater Minnesota, such as child care, housing, job skills training, broadband expansion and infrastructure needs.

Omerza has served on the Ely City Council since 2007. She is also the president of the Ely Economic Development Authority and chair of Incredible Ely (a grassroots organization to promote Ely). In addition, she is the immediate past president of the League of Minnesota Cities and serves on the board of directors for the Coalition of Greater Minnesota Cities.

“Through her years of involvement in numerous local and state organizations, Heidi has forged strong connections with lawmakers, city officials and business leaders all across the state,” said Dan Dorman, executive director of the GMNP. “She’s extremely knowledgeable about the economic development challenges facing Greater Minnesota and she’s an outspoken advocate on the issues that matter to rural businesses and communities. I look forward to working with her as we strive to advance state policies and programs that will create economic growth in Greater Minnesota.”

“I’m honored to have been chosen to lead the GMNP,” said Omerza. “From small businesses to large corporations, Minnesota has a rich history of being a leader in business and innovation. However, many challenges remain, particularly in Greater Minnesota where many communities are experiencing child care and housing shortages, transportation needs and unreliable internet access. I’m excited to roll up my sleeves and get to work on finding solutions to these issues and other concerns so that we can bring more jobs and businesses to Greater Minnesota.”