Board of Directors Staff Membership

The Greater Minnesota Partnership contracts with the professionals at Flaherty & Hood for administrative and legislative services. 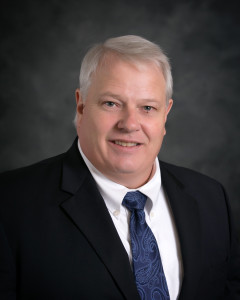 Executive Director Dan Dorman joined the GMNP staff in 2013. Prior to his work with the Partnership, Dorman was executive director of the Albert Lea Economic Development Agency from 2007 until August 2013. In addition, Dorman served in the Minnesota House of Representatives from 1998 until 2006.

In his final term, Dorman was the chair of the Capital Investment or Bonding Committee. He also served as vice-chairman of Jobs and Economic Development Finance Committee and was a co-author of the JOBZ legislation. Dorman was recognized five times by the Coalition of Greater Minnesota Cities for his work on behalf of Greater Minnesota, including receiving their Legacy Award when he chose not to run for re-election in 2006.

During his tenure in office, Dorman was able to get the Albert Lea local option sales tax passed and secured funding for the cleanup of the closed landfill at Edgewater Park, funding for the Blazing Star Bike Trail, a grant to the City of Albert Lea for library improvements, a $500,000 grant to Freeborn County for County Road 46, and a grant to Freeman Township for improvements to the road into the Exol development park.

Dorman, an Albert Lea native, is a graduate of the University of Minnesota with a bachelor’s degree in political science.  He is currently a member of the boards of the Riverland Community College Foundation and the Albert Lea Community Foundation.

Dorman is a co-owner of Hanson Tire Service in Albert Lea and was an active manager of the store since 1988. He now has very limited day-to-day responsibility and devotes his energy to the Partnership.